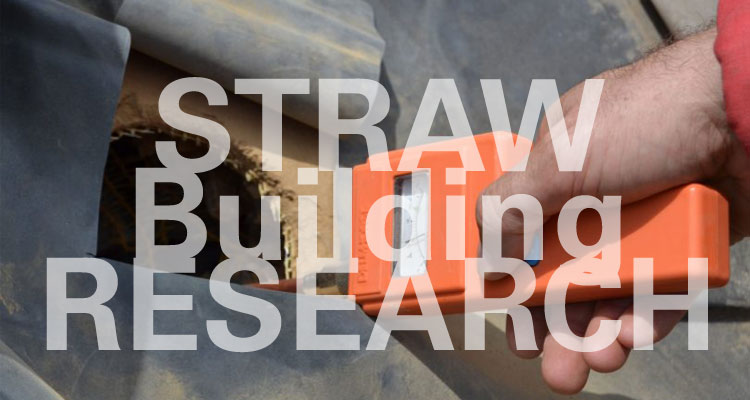 LOPAS AG planned to implement this construction system by building an industrial production environment at Dobersberg in Austria. Regarding sustainability (climate protection, efficient use of resources, production without waste) clay and straw are ideal building materials and being practically renewable raw materials and are available in huge dimensions locally.

Combining the heavy mineral building material clay (Biofaserlehm / Biofibre-Clay) with modern wood frame constructions and insulation from straw is optimal. It is shown as results of the monitoring project of AEEINTEC (http://www.hausderzukunft.at/results.html/id4844 ). However the combination of these three building materials, which are sustainable and in large quantities available cannot be integrated in current industrial production processes for prefabricated houses in a cost efficient way.

On the one hand there is a need for development and optimization of new and modified manufacturing technologies adjusted to the characteristics of the materials and on the other hand there is a need for adjusted construction components. The present-day available manufacturing technology is fully optimized for the use of (predominantly gypsum material) panel-sized building materials. The ecological food print as a standard of comparison measured by figures of OI3 life cycle analysis.

The demonstration project „LPH (Clay-Passive House) Tattendorf“ has shown that ecological food print is six times smaller than a conventional solid construction at the same level of eating performance. Surprisingly the food print of the building technique used in Tattendorf was even less than half in size by eco balance figures (OI3) compared to second ranked ecological demonstration project. Even though it was a similar ecological building project. Thesis on sustainability: Passive house concepts cannot be called “sustainable” and “climate-neutral” till then “grey energy” of construction materials is reduced like in the present ecological building concept.

Straw as building material:
Until now using straw bales of any kind in an industrial production environment is caused by economical disadvantages. Cost savings from raw materials were exceeded by higher labor costs. Therefore in the present project chipped straw instead of straw bales was be used. This depicts a substantial change compared with the straw bale insulated prototype building of LPH Tattendorf. Supported by design models industrial technologies for manufacturing chipped straw under consideration of the compression set should be developed. In addition high resistance against fire and common particular structural-physical characteristics of this material has been reached.

Clay as building material:
Applying of clay plaster is a state of the art technology. But efficient drying during the production process and optimization of the compounding of materials in an efficient course of the production process has been developed. Savings on environmental load by construction with organic building material is approximately as big as the environmental load of heating a passive house by natural gas for 130 years. The objective of the present project was an industrial implementation of such a sustainable ecological design for passive house building.

Methods
The intended development of an industrial assembly of passive houses was managed in two stages. During the first stage different materials and production technologies were developed and their applications were tested. For this purpose small construction models with different wall thicknesses and sizes were built. Different technologies of manipulating chipped straw into the construction were developed and tested on such small construction models.
Chosen technologies were further developed and tested on full size wall construction models. Substructures for the biofibre-clay coating had to be constructed. For this purpose it was necessary to research a wide assortment of materials supported by usability tests. For suitable materials different technologies of production were developed. Along the first testlayout the coating with clay was done by conventional plaster spaying machines. Production technologies were developed to maturity phase on full size wall construction models. The first stage was successfully finished with a variety of tests on drying of the biofibre-clay coatings. In the second stage the requirements which were detected in the first stage were the basic for the preparation of realization the industrial production process. Research of suppliers of industrial equipment was difficult because combined industrial processing of wood, straw and clay calls for an entire new type of production. The objective was to develop a finished first draft for industrial production of prefabricated clay-passive houses. This could be realized only partially. The baselines of such a first draft could be developed. At this stage involving external consultants for developing industrial production was not practicable because many details for manufacturing steps was not finished. That is also essential for planned development of a logistic concept. For this part enquiries at companies with similar types of productions and suppliers of logistics were done. External expertise on this specific field was addressed too.

Results
The implemented project has met its objectives by far in development of construction materials and in compounding of components for industrial workability. The conceptual planning of a whole industrial production process could not be finished. For straw as a raw material a way of processing was developed which can be done at the site of the local supplier (local farmer). The farmers process the straw to the desired chipped size and after removing dust deliver it to the plant where it is manipulated into the space between horizontal and vertical members of the timber frame construction as insulating infill of the prefabricated wall and ceiling elements. The originally expected technology of manipulating straw could not be realized because the technology of processing the chipped straw had to be changed due to unanticipated variances in thermal conductivity behavior. In this range there were some surprises at the intermediary results. Additional steps of tests had to be integrated into the project. The realized calculated value of thermal conductivity of the insulation with chipped straw of 0,042W/m2K was gratifying. The processing plant based on these results will be prepared in a following R&D project which aims industrial production in the factory site. The development of the clay coating process was successfully finished until to the state of planning the production process. To realize the results of clay coating production process for the insulation with straw has to be finalized. With the existing result of research a partially atomized production process is feasible and partly realized. Partial results were integrated into current manual production and were proved on suitability in everyday production. Proposals for improvements reflected by practical experience were integrated into current R&D activity. Prospects / Suggestions for future research.

Having completed the results of research LOPAS can cover well a market niche, the manufacturing of ecological passive houses in the range of single home dwellings. The results of research in building physics and appropriate processing assure a high level of quality of the built volumes. For a wider market in multi-storey dwellings or for row housing the proportion of industrial production processes in whole production process had to be considerably higher. The degree of mechanization achieved by this R&D project is not enough for residential building sensitive to price. But the findings are promising for further developments. A subsequent R&D project was started in the meantime. Market potential for ecological alternatives to conventional housing is huge. Besides production with high labour costs which aggravates a broader access to the market, guiding effects of legislation are missing. Unfortunately at present stage subsidies of residential building in the different. Austrian federal countries does not consider energy consumption of production process and waste management of particular built volumes. Enquiries from Denmark, Norway and Sweden let presume that sensitive to climate is more advanced in the Nordic countries of Europe. As a consequence of this market enlargement for LOPAS can be focused at these countries.