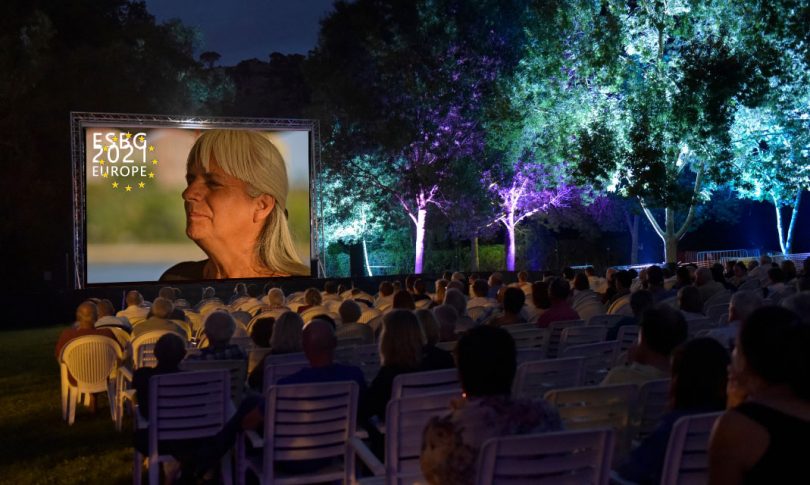 The latest ESBA – the European Straw Building Association – General Assembly was held during the last ESBG 2019 in Todmorden, UK. There we discussed how natural building techniques, sustainability and participation in building, exactly those principles that we as straw bale and clay builders hold high, can be better communicated. It was, and is, about the fact that we have a really large following in Europe, and I think that for many people I can speak not only of a conviction but also of a love for straw bale construction. However, if we leave our bubble and look at the figures, we are a drop in the ocean in the entire construction industry, despite thousands of projects.

So how do we reach people in Europe beyond our loyal followers and friends? The biggest common event is the ESBG – the European Straw Bale Gathering – which takes place every two years in a different country. Up to 300 interested people meet here, discuss, exchange ideas, participate in workshops and listen to presentations from active straw bale builders. Well, 300 interested people doesn’t sound bad for an event, but from a pan-European point of view, we are back to the drop in the ocean, and for some time now, the ocean has been called Climate Change.

So the idea we have been discussing since Todmorden is to organise the ESBG simultaneously in all 11 member countries of the ESBA, to hold the workshops and exhibitions locally/nationally and to show the country presentations in the evening in the type of public screening we have become familiar with from watching football matches. This alone would allow us to invite between 600 and 1000 people in whole Europe. And if we also stream the highlights and country presentations simultaneously via YouTube live events, as in the European Song Contest, we can increase the impact tenfold.

Technically, most training centres in Europe are designed to offer a programme for 50-100 participants, at least on a daily basis. In summer, a lot can take place outdoors, so why not incorporate the location, the neighbourhood or the city? The event does not have to be limited to one training centre per country. So much for the idea.

With Corona, this idea has suddenly become more topical, because under current circumstances it is unclear whether we will be able to organise a European event with 300 visitors at the end of July/beginning of August and whether we will have to exclude anyone. In a worst-case scenario, if a lockdown prohibits us from holding larger meetings, an online ESBG could also be held. Cancelling or postponing the ESBG is not an option. After all, climate change won’t wait until Corona is finally under control, if that ever happens.

So in a video blog, Herbert Gruber, co-president of ESBA, officially asked the board members of ESBA co-president Zuzana Kierulfova and our secretary Maciej Jagielak what they thought of the idea. There were two questions: „Could you imagine that a future European-wide ESBG on many different places for 3 days at the same time could work?“ And „What do you like and dislike about this idea?

Many of you have already participated in one or other ESBG. We would be interested to hear what you think about this idea, so send us your opinion in the comments on YouTube or Facebook or in our forum on baubiologie.at. And make a note of the date: 30 July to 1 August 2021. On the 2nd and 3rd of August we are planning a tour to straw bale houses and if this vision materializes and is shared by all the other countries, there will be straw bale house tours in up to 11 different countries.