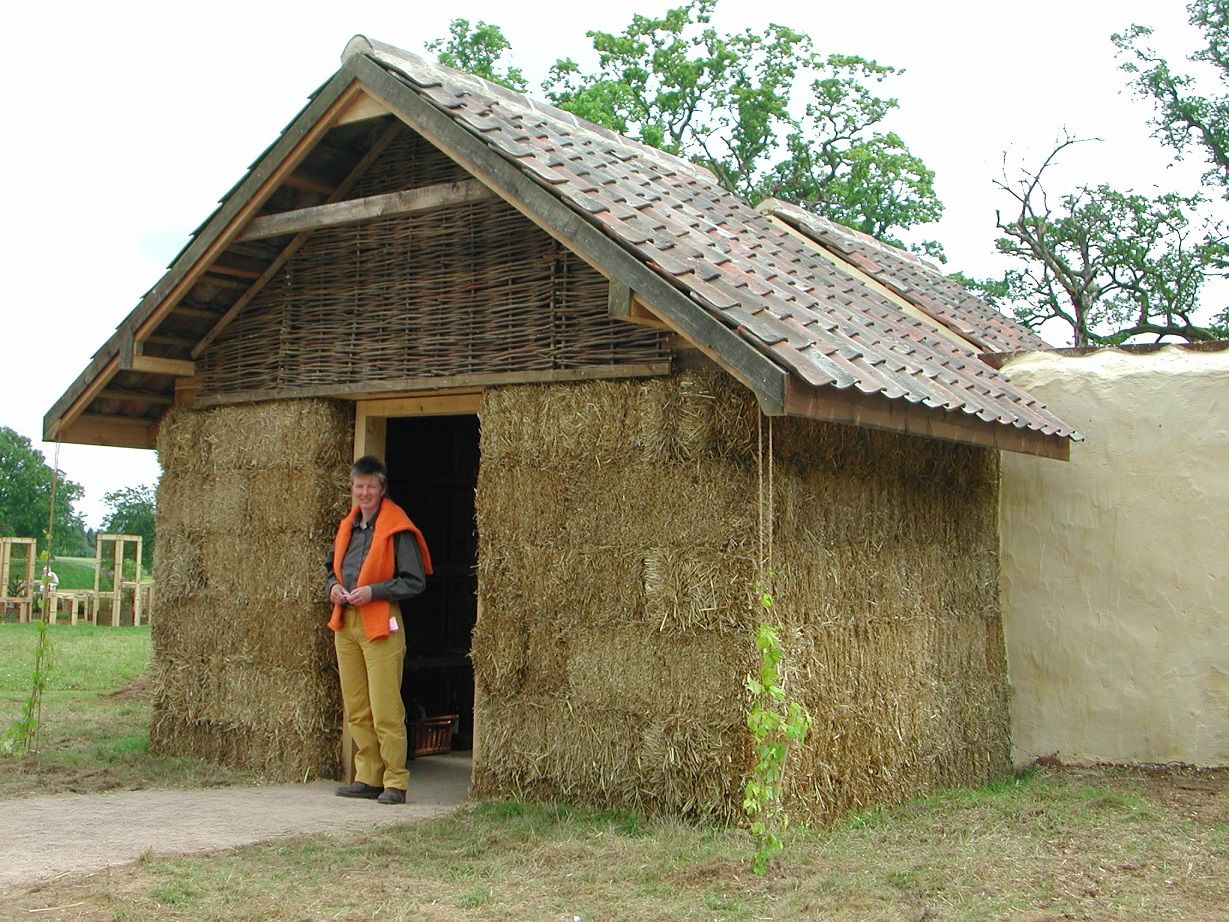 Award winning landscape designers Reckless Orchard won a competition to build their design idea at Westonbirt Arboretum in 2003 and worked with Barbara Jones and courses through Amazon Nails to achieve it. A bold design, it was a lime rendered strawbale walled garden called Homage, enclosing rare varieties of apple trees, and commemorating varieties that have become extinct. Entrance to the garden was through a loadbearing straw apple store, and the encircling wall held a water feature. Competition entries could only remain for one season, but it was an outstanding exhibit and received many visitors. https://www.recklessorchard.com/homage-westonbirt